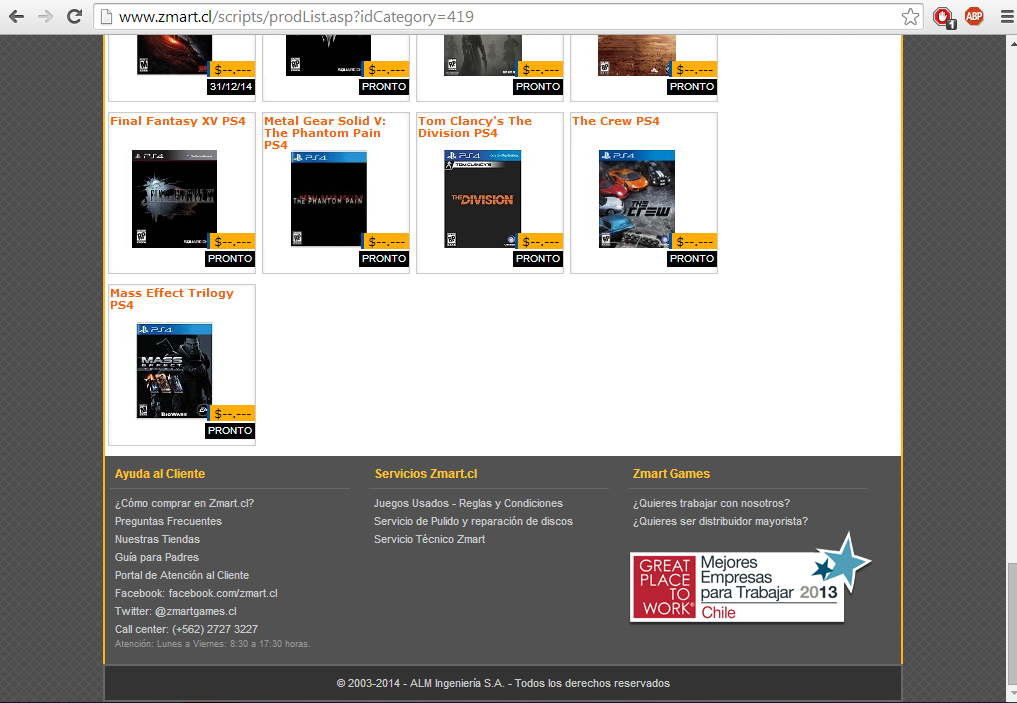 The PlayStation 4 is making the rounds at this year’s Tokyo Game Show event and just as you’d expect/hope, Sony’s been releasing little caveats of information regarding the soon-to-be launched console.

Interviewed during a roundtable discussion with press, Shuhei Yoshida, President of Sony Worldwide Studios, spoke on the planned Gaikai cloud streaming which, when announced that it’d be a part of the PS4’s suite of services back in February, was said to be a way to dip into previous system’s back catalogs.

Yoshida confirmed the Gaikai cloud streaming will begin for the North American region sometime in 2014 and that a decent selection of PS3 titles will be available to browse through from the get-go. These very same PS3 games will also be compatible for the PS Vita. Gaikai’s good graces don’t extend to European territories, sadly, due to uneven broadband speeds across the continent. The service is delayed in Europe until sufficient deals are secured between Sony and local ISPs.

Though the PS4’s on-board ability to record and upload short spurts of gameplay opens up a brave new world to casual gamers looking to share with friends, those with more than a few “Let’s Play’s” notched into their belts have wondered if the next-gen console would support external capture devices for extended sessions.

Call of Duty Preorders Weakened By Impending Consoles Something... Something interesting is happening to the once mighty COD and Activision is putting the blame squarely on Sony, Microsoft, and your fickleness.

More specifically, Acti says the soon-to-be next generation — which encompasses the unreleased PlayStation 4 and Xbox One (if nobody looks Wii U in the eye, it won’t try to join the conversation) — is negatively affecting preorders for their annualized money bath, Call of Duty.

Eric Hirshberg, Acti’s CEO of Publishing, revealed that Call of Duty: Ghosts’ preorder numbers are nowhere near “the record-setting pace" Black Ops II cemented before its November release last year.  Could it…Could it be that the gaming masses have grown tired of purchasing a rehashed, increasingly formulaic product year-over-year?  Are gamers finally at the boiling point where they’re wisely using dollars withheld to send both a message and a plea for inspired, innovative gameplay once mo—

“Our quantitative consumer research indicates that hesitation amongst past COD pre-orderers is primarily due to not knowing which platform they will be playing on, which is natural at this time in the console transition."  Oh.  I guess there’s also that.  Thanks for clearing that up, Eric.  Indecisiveness hath wounded the beast it seems.

It’s an interesting dilemna Sony and MS have presented third-party publishers with.  Over this past generation, publishers have taken to relegating one-off’s or shaky IP’s to smaller digital affairs and focused their efforts into building sequel spewing franchises because their business models have morphed into almost totally relying on guaranteed cash-in’s.

Besides a shortlist of annual sports titles, you didn’t really see these yearly blockbusters running towards the PS3 and 360’s launch.  Now, we’re witness to companies like Ubisoft and EA packing up their totem titles like Assassin’s Creed and Battlefield, hoisting them over their shoulders, and making the journey to a brave new, next-gen world.

But missed preorders almost definitely won’t mean missed sales when Ghosts launches (like clockwork) this Holiday.  The third-party, Activision included, has a contigency against the very same install base they fought and bled to root over the course of this generation.  Of the three heavy hitting franchises mentioned in my rambling, all have current-gen counterparts being made available for the unwilling and undecided hesitant to go next-gen.

I think the upward battle ahead pushes the first-party into the frontlines more than the third-party.  Any angle you approach it, it’s not a matter if games will sell — because they will.  It’s a matter of where games will sell.  Why cry over spilt milk, Activision?  (If "crying” in this instance means issuing a sales report and the “spilt milk” refers to low preorders on a multi-billion dollar video game…Listen, I wasn’t formally trained in metaphors.  Lay off me.) Xbox One: Everything You Need to Know (That Matters)

The veil has lifted, the seas have parted, and the goats have been sacrificed.  You know what that must mean; Microsoft has officially revealed their next-gen successor to the Xbox 360.  Everyone, I want you to meet the Xbox One. Isn’t she a marvel of modern engineering?  Just look at how sleek and…VCR-like it is.  What says “The Future” better than a device that gives me the overwhelming urge to shove my VHS copy of Short Circuit into it?  Check it out, it floats, too: Ha, lookit that shit just hovering there.  Technology’s wild, man.  But there’s way more to Microsoft’s newest console than its totally not made up ability to float a couple of inches off the ground.  Read on and we’ll tear open the system’s specs, learn about its leg up over the 360, and hopefully figure out a means to destroy these things before they’re floating a few inches over our children’s mangled corpses.